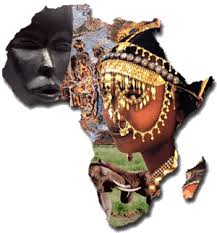 Africa is a unique continent where each country or part of a country has its own culture. It is a vast continent with fifty four sovereign countries, having large metropolises, hospitable people and attractive and diverse landscape. Africa is arguably second largest continent in respect to land area and population. It is common for people from west, to refer to Africa as land of war, drought, poverty and corruption, ironically most of its countries are peaceful, well fed and of working class. Tourists who travel Africa can testify this.

Africa is bounded by Indian Ocean to the southeast, to the west by Atlantic Ocean and Mediterranean Sea to the north. it contains unique features worth notable worldwide like, the world’s longest river :river Nile, which run from Burundi to Egypt, tallest mountain Mt. Kilimanjaro found in Tanzania and the second largest river in terms of discharge :river Congo found in D.R.C among others.

The easiest way to travel Africa is to fly direct to an African country from its former colonies. However, flying to those countries can be expensive due to the high fare charges charged by the transport service providers. It’s important for one to view destinations articles so that you can be in a position to get particular information about various flights.